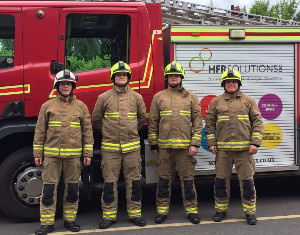 A team of Firefighters from Humberside Fire & Rescue Service and HFR Solutions CIC climbed a flight of stairs equivalent to climbing Mount Everest, in order to raise funds and show support for the Grenfell Foundation.

Crews from HFR Solutions based at British Steel, Howden and Scunthorpe blue watch took on this challenge to raise money for the victims of Grenfell. The challenge entailed crews wearing all their fire kit and climbing the stairwell throughout the day. Held at British Steel in Scunthorpe, crews climbed 24 flights of stairs dressed in full fire kit and breathing apparatus to support the Grenfell Foundation.

John Armson, HRF Solutions, said the fundraiser was important to raise awareness of the tragedy. "We're attempting to raise both awareness and the funds for the victims of what occurred at Grenfell Tower," he said. "In our small way, we're trying to replicate what our colleagues within London Fire Brigade and the emergency services went through.”

We are delighted to announce that this challenge raised over £8,000 for the Grenfell Foundation. 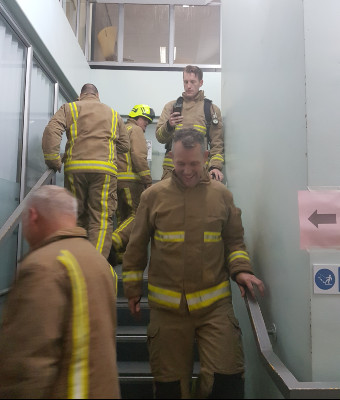